Most people believe that after Jesus was resurrected he returned to heaven. But what did he actually do? There is no detailed answer to this question since the Bible does not give a complete account of everything Jesus did after his resurrection. However, from what we can glean from the Bible, it seems that Jesus spent forty days on earth after his resurrection.

One thing Jesus did was appear to his disciples. He appeared to them several times, and during these appearances he gave them instructions and encouraged them. He also showed them his wounds, which served as proof that he had really been resurrected.

Eventually, Jesus returned to heaven. But his time on earth after his resurrection had a significant impact on the disciples and on the early church. It showed them that Jesus was really the Messiah, and it also gave them the strength to continue preaching the gospel even in the face of severe persecution.

According to the Bible, Jesus rose from the dead on Easter Sunday and spent 40 days on earth before ascending into heaven. This time was known as the “Forty Days of Victory.”

During this time, Jesus appeared to his disciples several times and taught them about the Kingdom of God. He also gave them the power to heal the sick and to cast out demons.

At the end of the Forty Days of Victory, Jesus led his disciples to the Mount of Olives and told them that he was going away to prepare a place for them. He then ascended into heaven.

The Forty Days of Victory are an important part of the Christian faith. They show that Jesus is alive and that he is still with us today.

According to the Bible, Jesus was resurrected on the third day after his crucifixion. After his resurrection, he appeared to his disciples several times over the next 40 days. He then ascended into heaven, where he sits at the right hand of God.

Exactly what Jesus did during the time between his resurrection and ascension is not entirely clear. However, it is believed that he spent most of that time teaching his disciples about the kingdom of God. He also likely healed some people and performed other miracles.

The Bible does not say much about Jesus’ time between his resurrection and ascension. However, it is clear that this was an important time in which Jesus prepared his disciples for the work they would soon have to do. 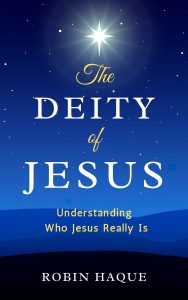